Lunch & Learn: It’s Not Who You Are; It’s What You Do With Who You Are (Member Only) 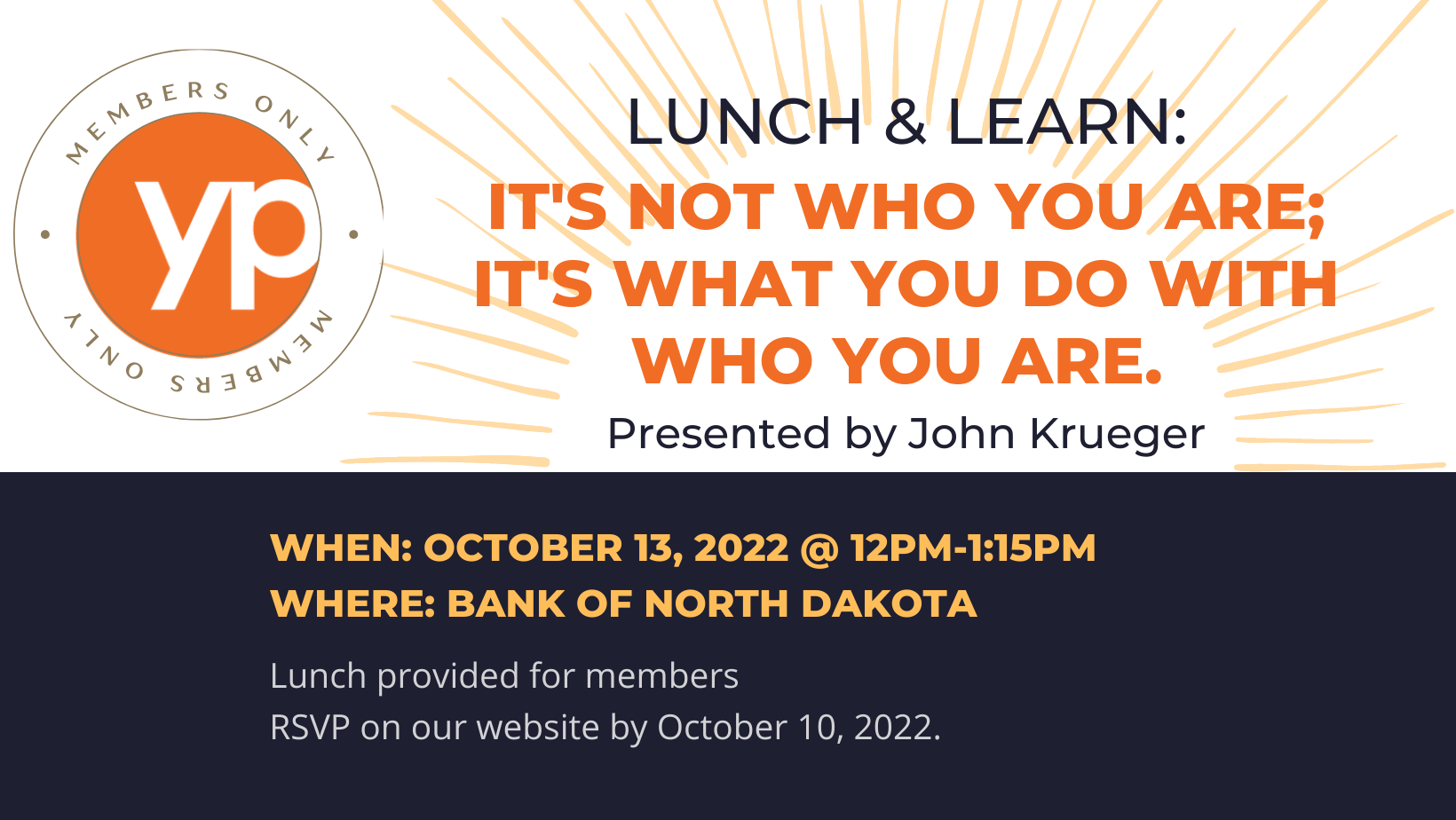 Lunch & Learn: It’s not Who you Are; It’s what you do with Who you Are
Presented by John Krueger
___________________________
John Krueger grew up in Bismarck, ND, and graduated from Bismarck High School before attending the University of Mary in Bismarck.
John received Bachelor’s degrees in Instrumental Music Education and Music Performance. He then continued his musical career by becoming a band director in addition to teaching private lessons and performing music, specifically jazz.
He had the opportunity to join the Great Plains Benefits Group Employer Advisers’ team in Bismarck in 2012. Since 2012 he has continued to receive invaluable training and mentorship from his business partner and father Roger.
John became a certified Professional in Human Resources in 2014 through the Human Resources Certification Institute.